ENRICHING LIVES, ONE STRING AT A TIME

I offer Suzuki and traditional violin lessons in a nurturing yet challenging studio environment in Cary, North Carolina.  I pride myself on offering the highest level violin performance training available in the Triangle Area.  I work with students of all ages and experience levels. 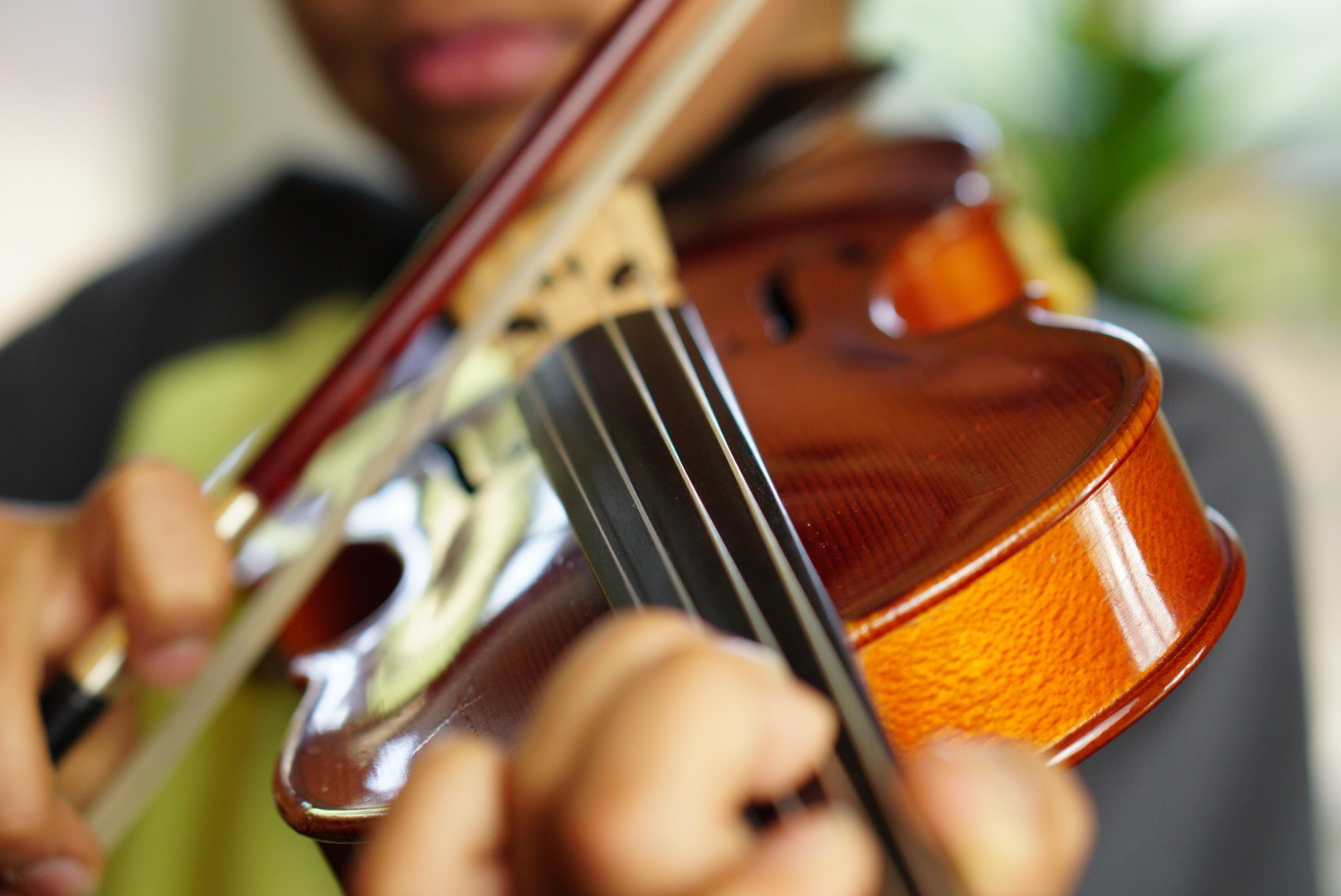 This method was developed by Dr. Shin’ichi Suzuki in the mid-20th century. It is sometimes referred to as the “Mother Tongue” approach. The method is built on the belief that all children can learn music in a similar way that they acquire language. The baby who babbles to find words will instictively yearn to acquire music in the same way. Musical talent is not inborn, but can be developed in anyone with the proper environment. The Suzuki method involves a combination of principles including ear training, immersion, parental involvement, repetition, memorization, gentle instructional methods, learning within repertoire (as opposed to technical exercises) and group playing. I consider Suzuki method lessons to be ideal for younger students, as young as 3. Suzuki is often appropriate for older students, as well. 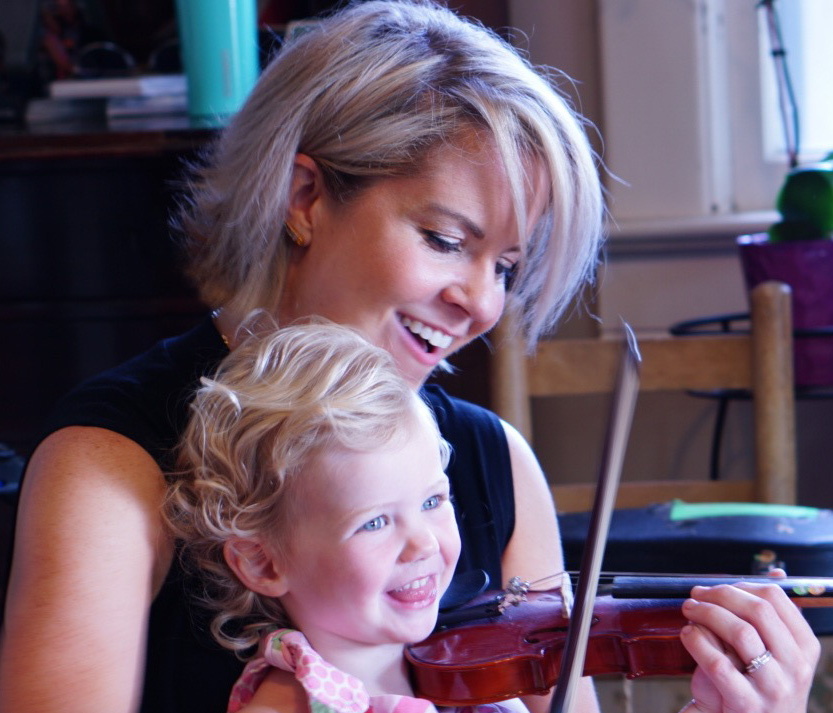 In the classical violin world, “Traditional Method” is a catch-all term commonly used to describe non-Suzuki methods of teaching. These methods can include learning from sheet music at an early level, heavy use of scales, etudes (technical studies) and exercises. Traditional study may involve less parental involvement and is often appropriate for beginners who are older than 7. My own traditional method training is based heavily on the teachings of Joseph Gingold and Ivan Galamian. 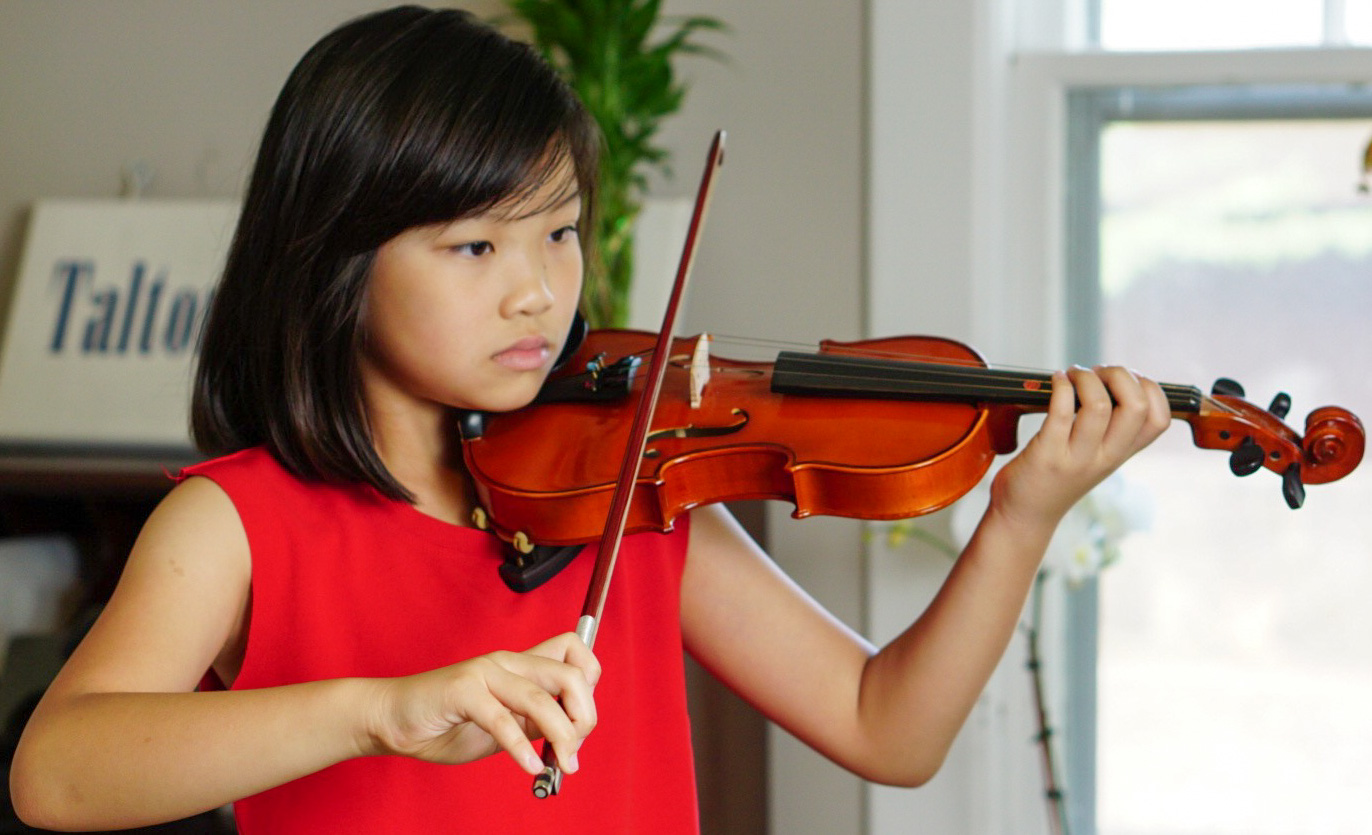 Suzuki and Traditional methods both have so much to offer! The beauty of the private lesson environment is that every student gets an ideal combination of individualized techniques for their needs. I work with students as young as 3 and as old as 83! I work with students of many different personalities and learning styles. I consider myself especially lucky when I get to work with students with special needs. I strive to offer energetic customized instruction and a valuable musical experience for every student.

I am a graduate of NC School of the Arts (High School), Indiana University (B.Mus) and Rice University (M.Mus.)  I began playing the violin as a Suzuki student at the age of 3 1/2 and have never stopped.  My childhood Suzuki teachers include Joanne Bath, Pamela Bath Kelly, and Wilinda Atchley.  My conservatory teachers were Elaine Richey (UNCSA), Miriam Fried (IU) and Kathleen Winkler (Rice).

As a teenager I was active in competitions and had the unique opportunity to appear as concerto soloist with many orchestras in North Carolina, including the North Carolina Symphony, Charlotte Symphony,  Durham Symphony and Raleigh Symphony.  I was a 1997 NFAA YoungArts National Awardee and I was a finalist in numerous national and international competitions in the late 1990’s.  My experience as an elite child performer and competitor has greatly affected my teaching philosophy and performance psychology.

As a young adult I had the opportunity to study and perform at the festivals of Tanglewood, Kneisel Hall, Interlochen, Music Academy of the West, and Saugatuck.  My chamber music coaches include Emanuel Ax, Jerome Lowenthal, Seymour Lipkin, Ronald Copes, Robert Mann, Laurie Smukler, Jon Kimura Parker, and James Dunham.

As an orchestral musician I have performed as a member and rotating principal of the New World Symphony and as a substitute of the Chicago Symphony with conductors including Michael Tilson Thomas, Sir Neville Marriner, Marin Alsop, Grant Llewelyn, Neeme Jarvi, Daniel Barenboim, Kurt Masur and Seiji Ozawa.

I began teaching privately in 1998 while I was a student at IU and later continued developing my performance and pedagogy as a graduate assistant in applied violin at Rice University. After graduation from Rice, I spent several seasons as a rotating concertmaster and principal second violin of the New World Symphony in Miami, Florida, where I also maintained a successful private studio.  In 2006, I returned to my hometown of Cary, NC to get married and build a family.  I spent two years on the faculty of the Suzuki Academy of NC in Chapel Hill, but left in January of 2008 with the birth of my first child.  In March of 2008, I was proud to open Talton Violin Studio in Cary. I play a violin made by J.B. Vuillaume in 1862 and a bow by Albert Nurnberger.

I live in Cary with my husband, attorney Gabe Talton and sons Louis and Witt.  In my spare time I enjoy fitness and running, exotic cooking and fashion. 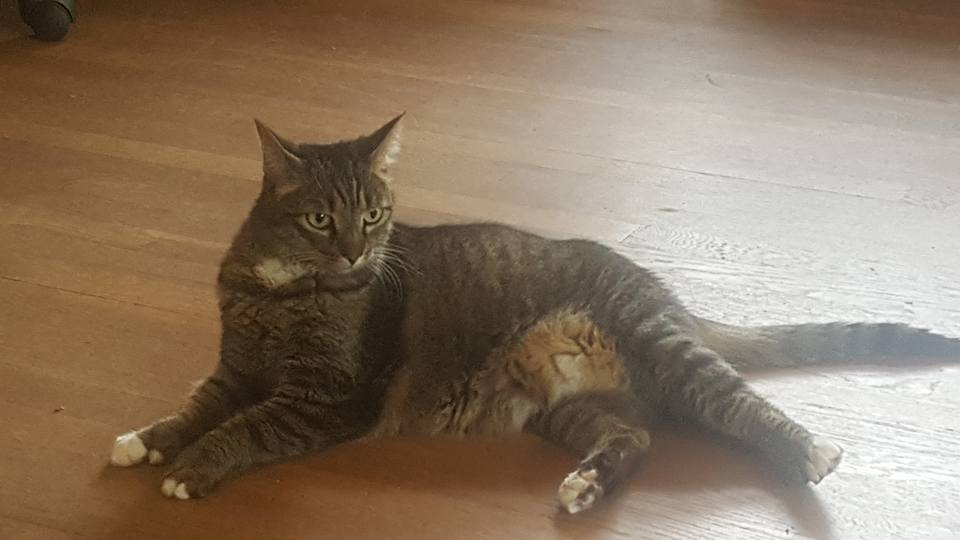 THE STORY OF THE BUILDING

The historic Talton House is nestled in the Heart of Downtown, Cary, NC at 318 South Academy Street. You can see the 1918 penny the mason stuck in the coal fireplace, below. The eclectic home originally served as the parsonage for First Methodist Church, located two blocks away. The Talton House is located within two blocks distance to downtown destinations such as the Cary Arts Center, Downtown Park, Cary Library, Ashworth Drugs, The Mayton Inn, The Pharmacy Bottle Shop, and more. Many families make an afternoon of their lesson days, enjoying the many family-friendly downtown amenities. Students enjoy lessons in the front parlor with a front row view to the Downtown Park and fountain. 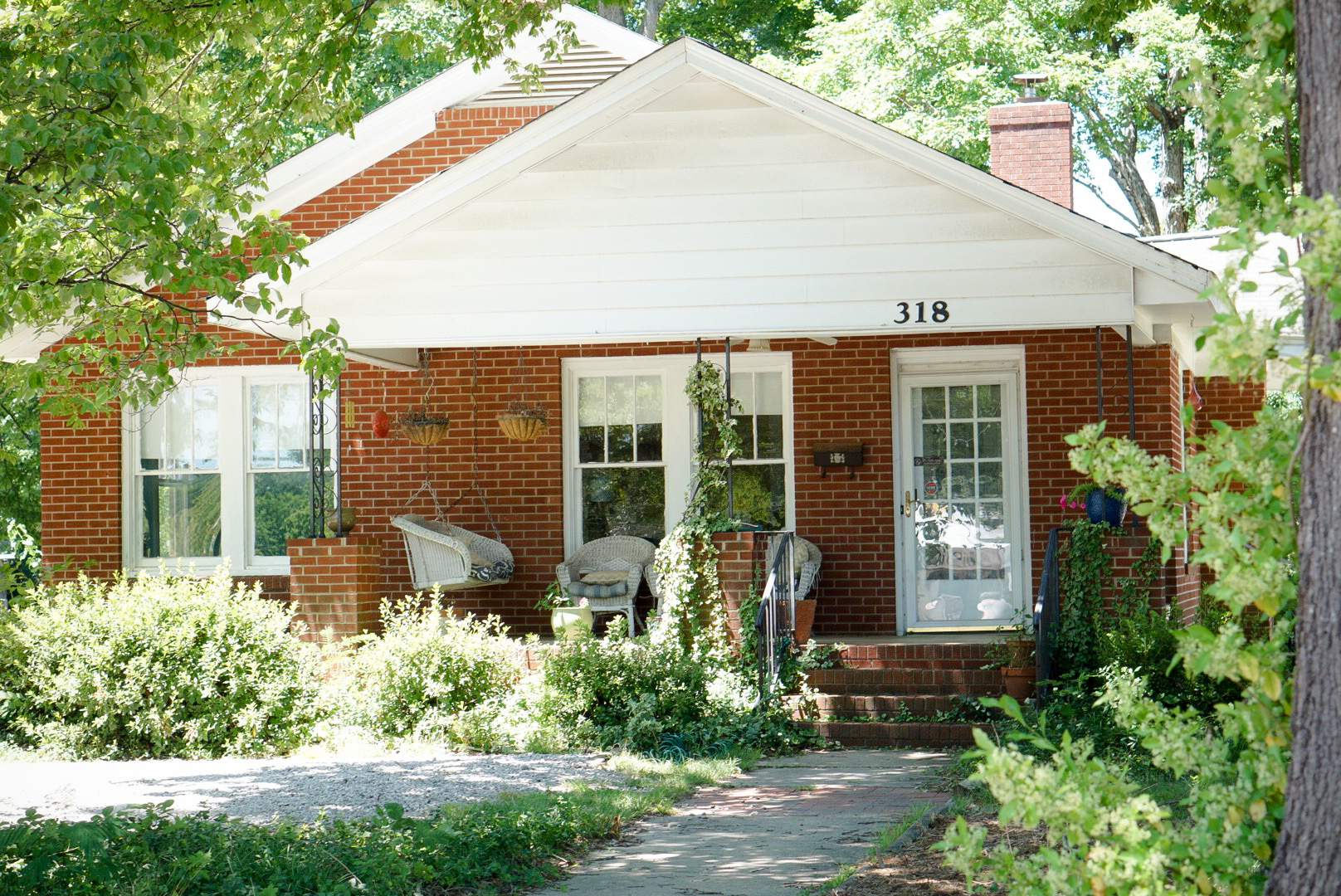 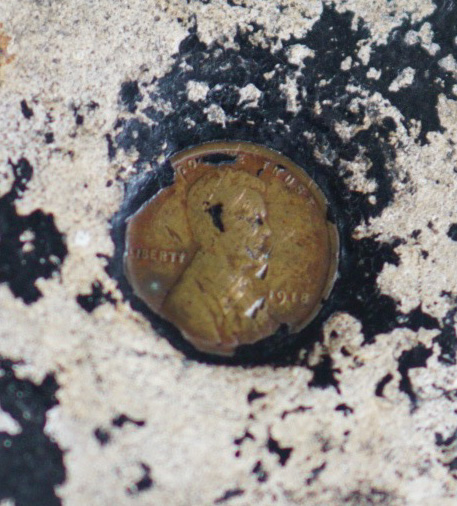 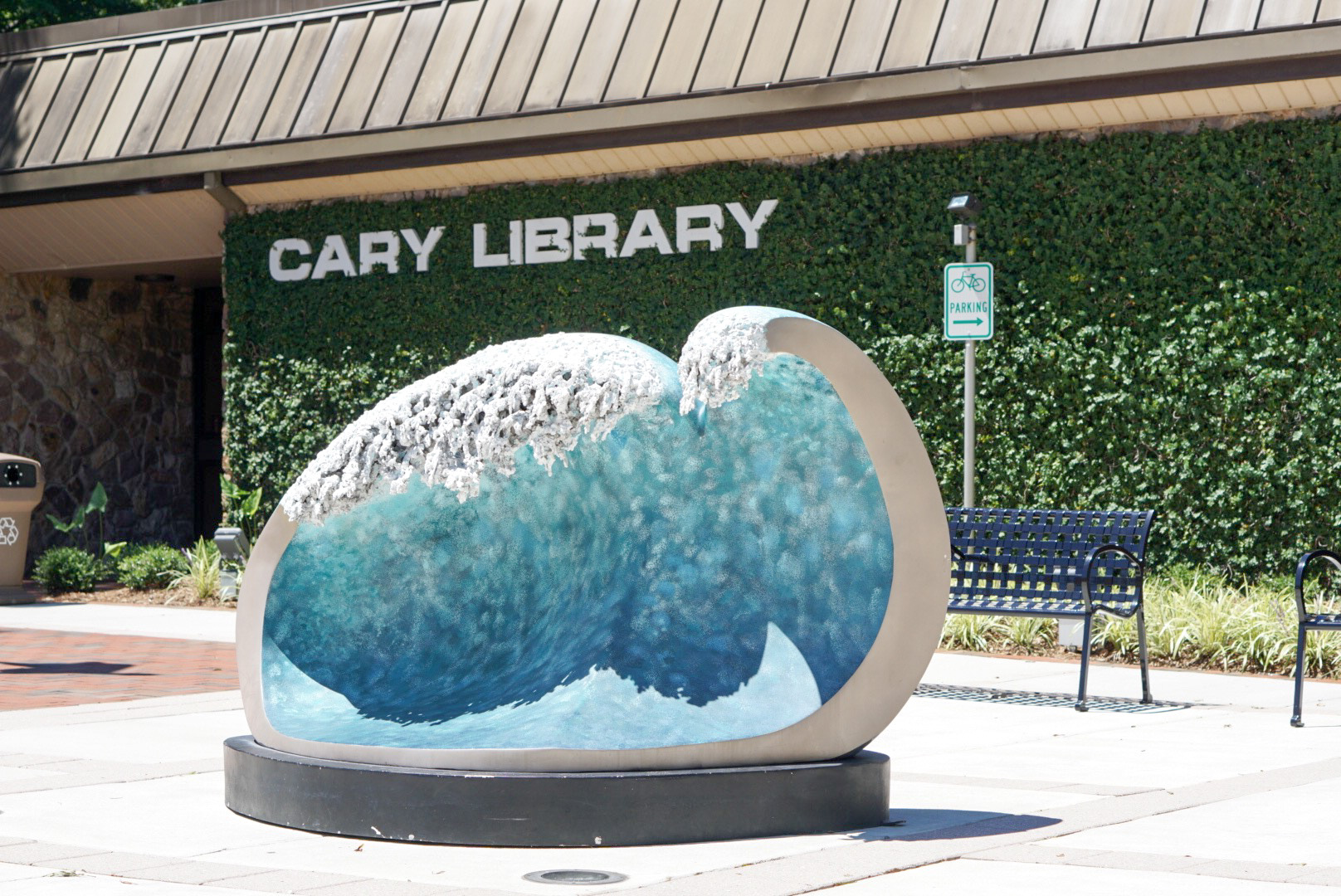 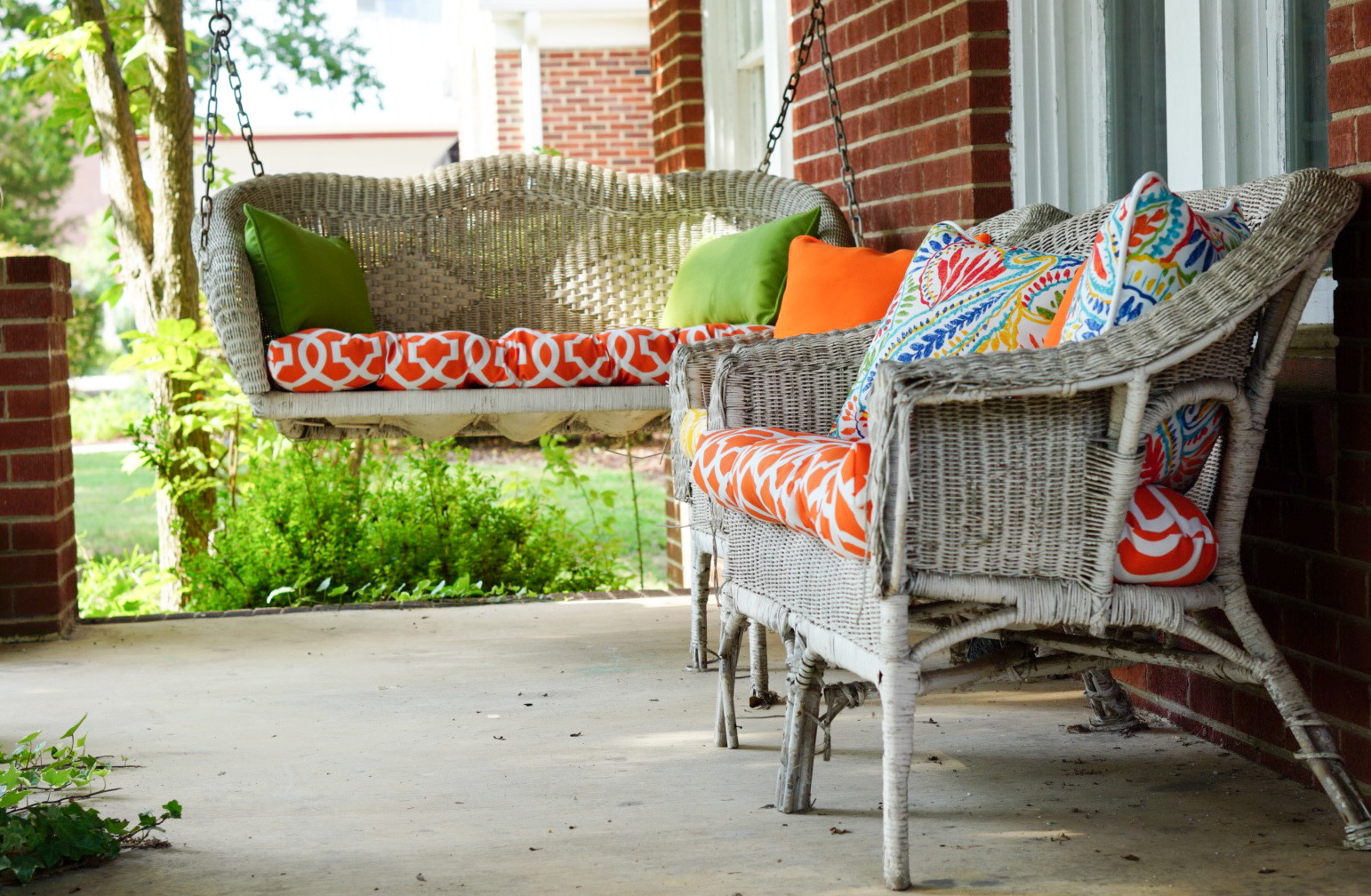 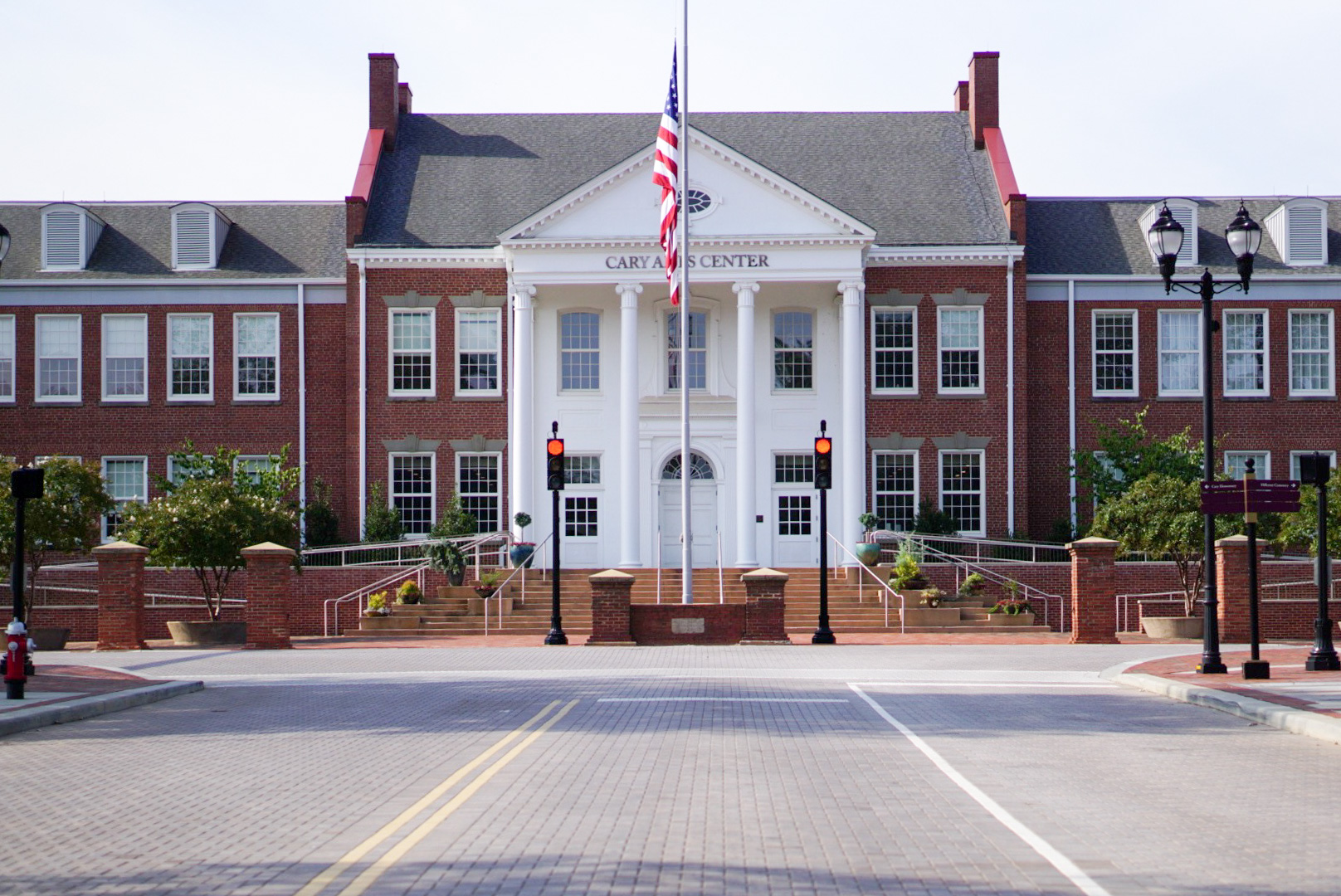 The studio’s cat-in-residence is named for the classic beginner violin melody, Go Tell Aunt Rhody. She may be elderly, but this rotund six-toed Hemingway cat flaunts her personality as mascot and teaching assistance at Talton Violin Studio. Follow Aunt Rhody on Instagram to learn more about her hobbies, napping methods and practice admonitions. 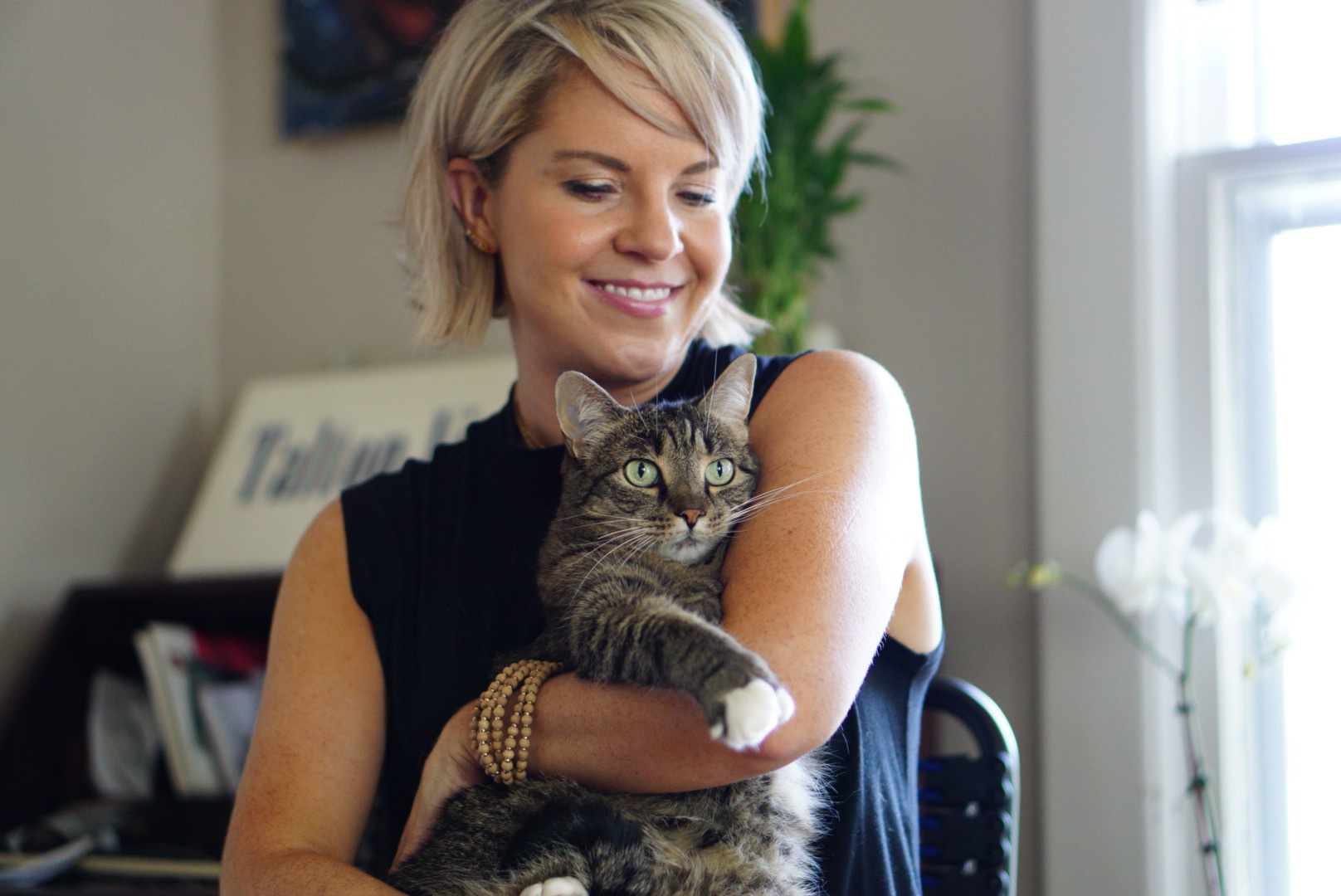 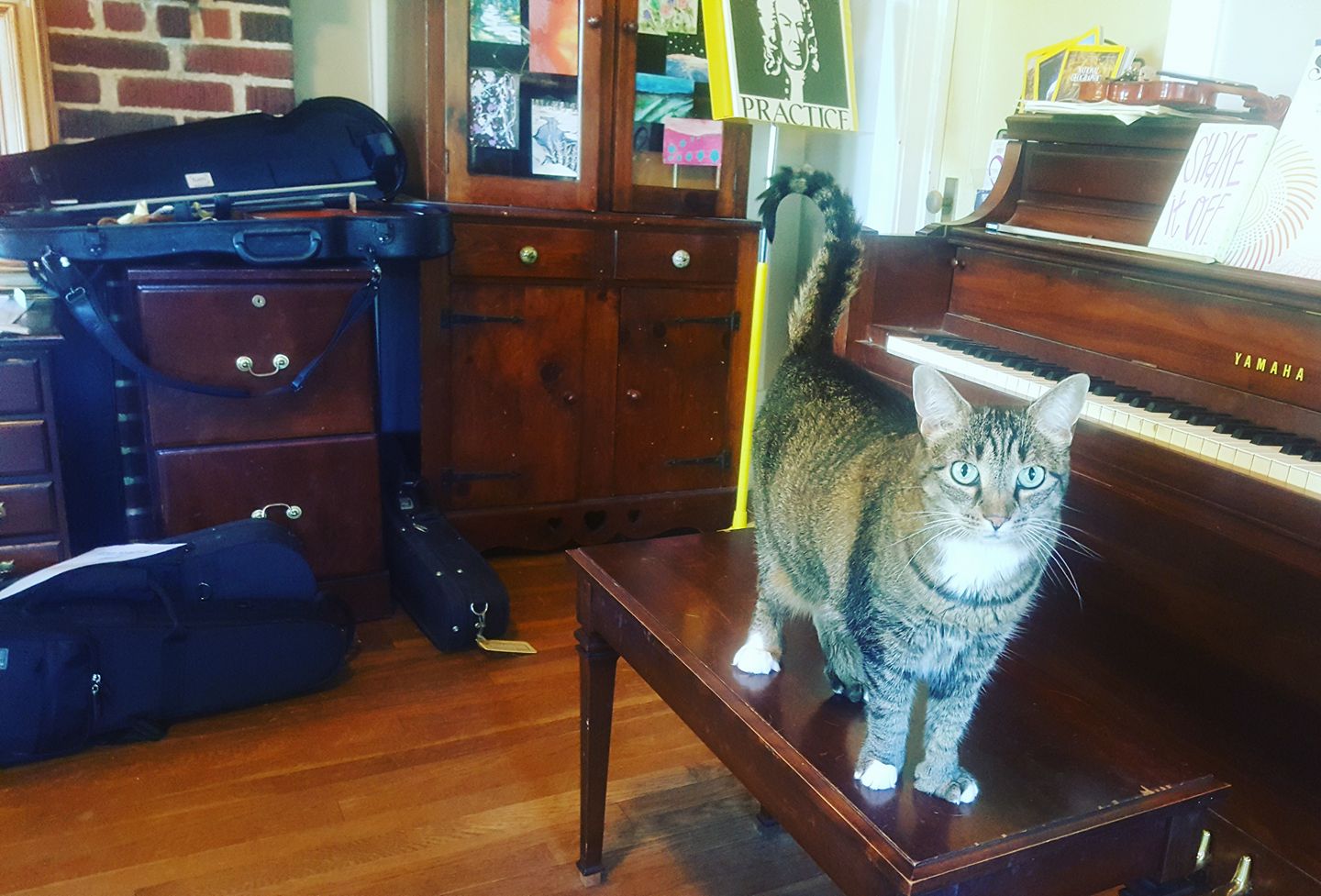 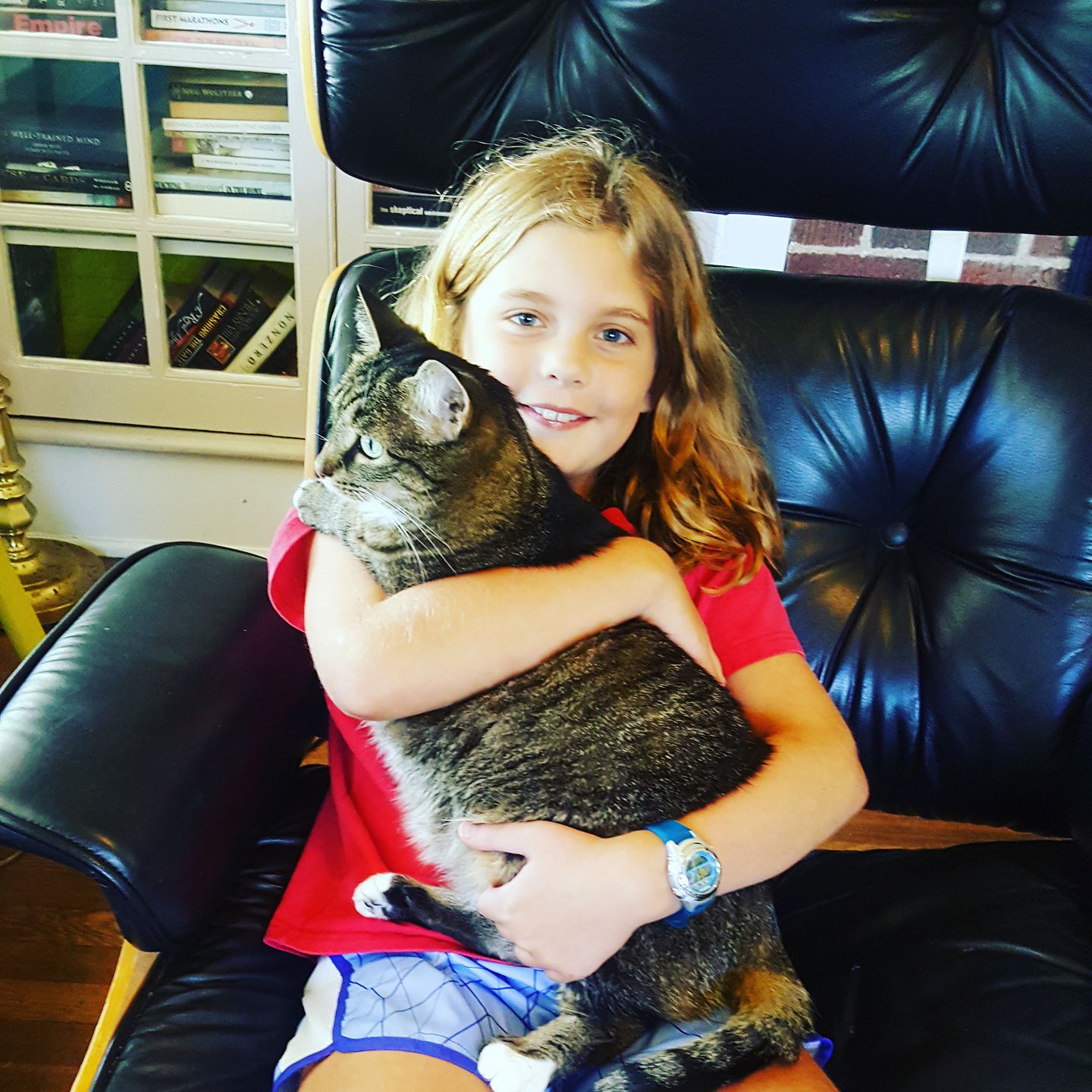 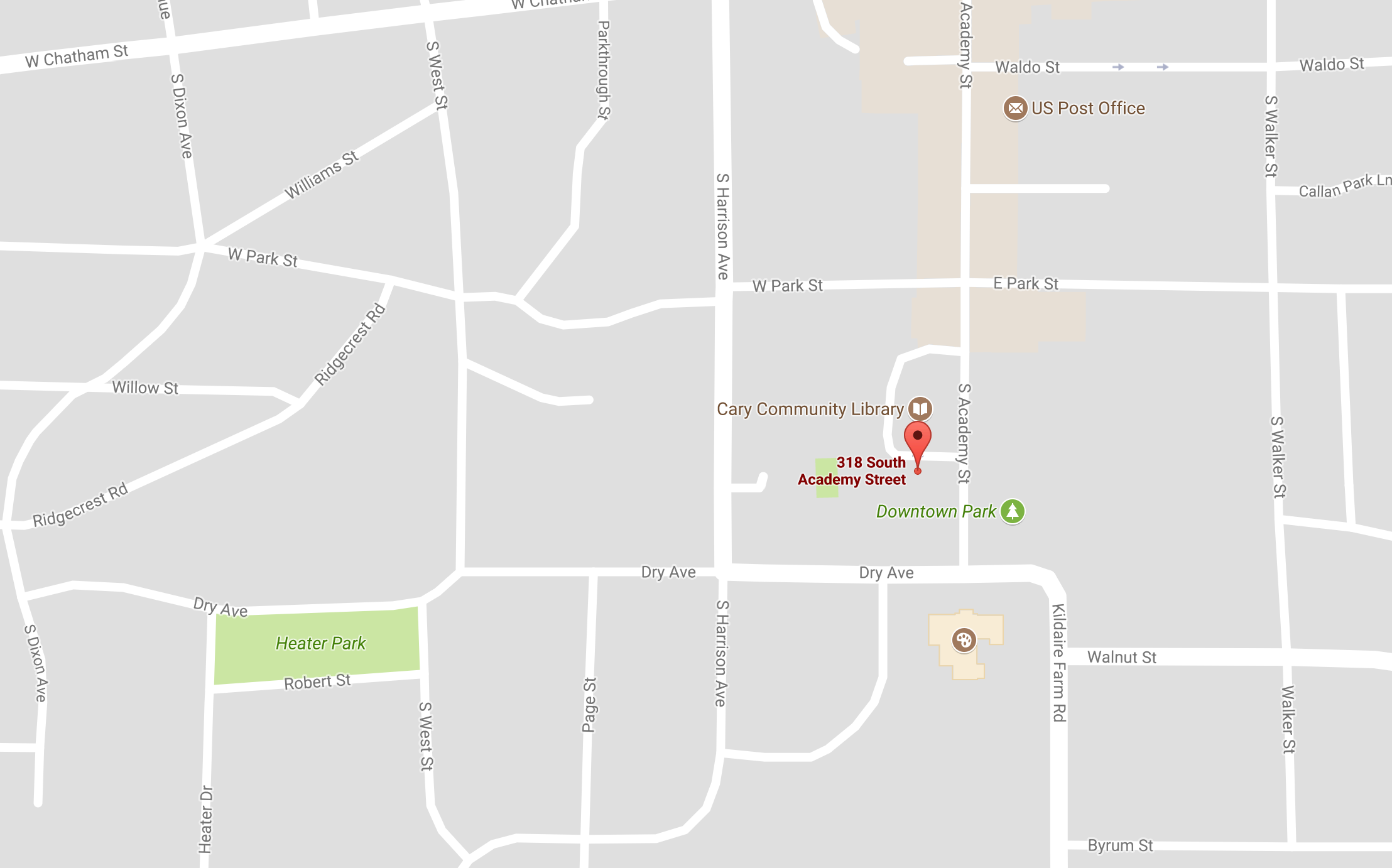